This year’s Southern Surf Fest, on Lake Lanier near Atlanta Georgia, took place over the weekend of May 2-4 and was a huge success with most inboard surf boat manufacturers and wake surfboard companies present. 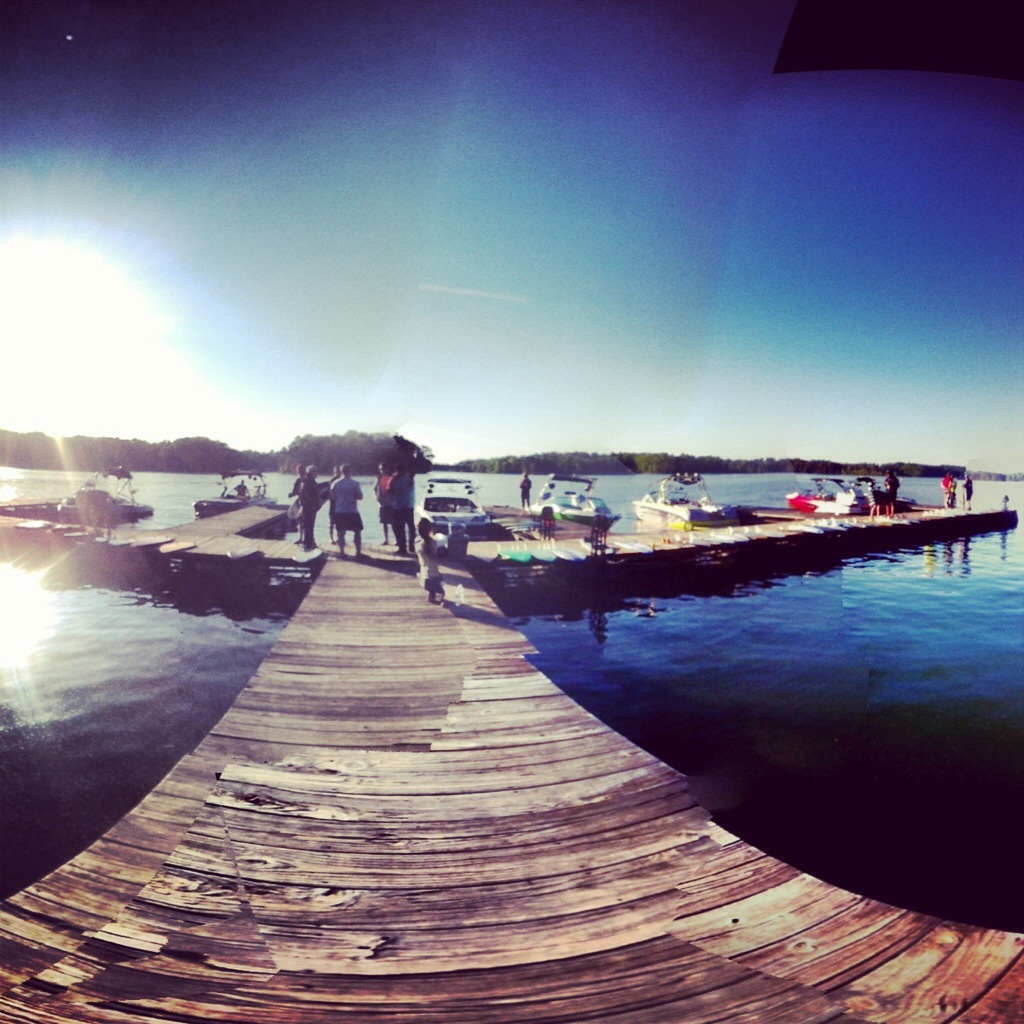 The format if this event was simple – fill each boat with a variety of surfboards, and rotate groups of 3-4 people through each boat for two days straight.  Nearly every major surf boat company was represented. The list included Centurion, Malibu, Axis Wake, Supra, Moomba, Nautique, Tige, and MB Boats. The big Centurion FX44 and Nautique G23 were favorites going into the event, but it may be the Supra SC that turned the most heads and got the nod for best wake out of the field (or should we say river?). 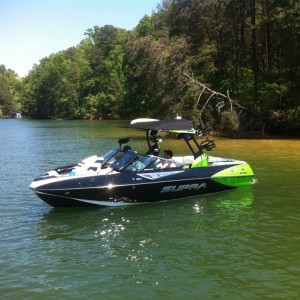 The official results have yet to be published, but based in public opinion and personal experience, the Supra arguably produced the highest quality wake surf wake of any of the boats equipped with surf systems, but biggest remains a debate between Nautique G23 and Centurion Enzo FX44. 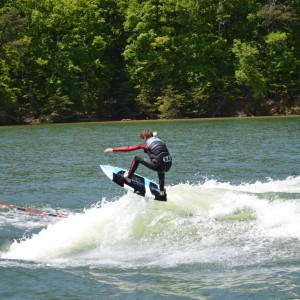 There were forty-some wake surfboards available for demo to the participants. Wakesurf board brands included iDOL SURFBOARDS, iSURF, Inland Surfer, Phase 5, Liquid Force, Soulcraft, Chaos, Wake Wood, Brigade, Evercarve, Walker Project, Day 1 Wake, Triple X, and LipSnap.  The favorite board amongst the smaller riders was definitely the iSURF F-Grom – every little shredder at the event was absolutely stoked on this board, and some of them were landing surf-style tricks on the F-Grom they had never completed before. 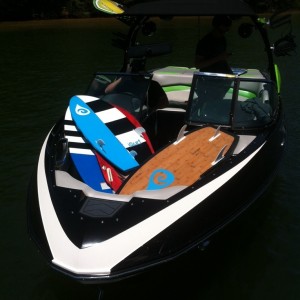 Many of the older kids, some of them well into their 50’s, claimed the iSurf Tonka Kahuna as the best board at the event.  There was even some verbal tussling at the end of the event for who would get to take home the iSURF Tonka Kahuna demo from the event. Luckily, they are readily available at idolsurf.com.
Honorable mention certainly goes to Wake Wood. These hand-crafted hollow wood core skim style wake surfboards received a lot of attention for their unique looks, and several people claimed The Big Easy and Sputnik to be their favorites of the event.
All in all, it was a fantastic event. With pro riders and coaches like Sean Cummings, Trevor Miller, and the Surf NASA crew on hand to coach riders, there was just as much fun and progression to be had. Thank you to everyone who organized and participated in this event! We’ll see you next year!