**The following was content created and provided by Medina Living Magazine.  To view a PDF of the actual article, click here.** 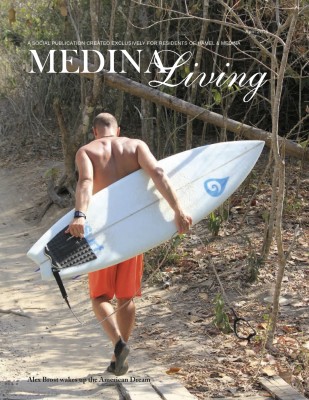 “I was a terrible swimmer. I hated swimming, but I realized I needed to become a good swimmer to surf, and I wanted to surf and travel the world doing it.”

Meet Alex Brost, a local entrepreneur, founder of iDol Surfboards, past marketing guru for The Brost Clinic and an avid surfer. But not the conventional kind of surfing (though he does that, too). Alex is a wake surfer. Yes, wake surfer. If you haven’t heard of it, don’t feel bad, many haven’t, including Alex and his friends before they managed to accidentally “discover” it on their own over six years ago.

His unassuming, calm demeanor began describing the discovery of wake surfing: “So when we put a cooler in the rear corner of a boat and piled everybody back there, we realized we could get a pretty nice little wave off the back of the boat. I also had this friend who had an old surfboard and went to school in Hawaii.  So when he came home with his surfboard in the summer, we started surfing behind the boat with the big wake and realized if we had enough people in the boat, we could actually throw the rope in [for the person to hold onto] and they could start surfing in the boat’s wake.” While chuckling a bit, “So yeah, we started wake surfing, thinking we invented the sport… but it had been around forever – well, since the ‘70s.”

Living in the land of 10,000 lakes makes most of us familiar with wake boarding. But this is not that. In fact wake boarding is on the decline when compared to wake surfing. As Alex describes it, “One major difference between wake boarding and wake surfing is with wake surfing you do it right behind the boat,” he began. “The idea is you create one bigger wave – about waste high – on one side to create an artificial wave. You then start with a rope and ride the wave and once the wave fully sets up and you find what we call the ‘sweet spot’ of the wave, you can throw the rope back in the boat and begin surfing behind it, basically indefinitely.”

“So this is how I got into making surf boards. My friends and I thought we had invented a sport and decided that there were no good boards for it. First we made these pretty crappy plywood boards, which were essentially skim boards. Then we decided to make some foam – more traditional boards. There was a lot of watching YouTube videos and reading forums online,” Alex said. He also had met a surfer named Stefan, while surfing Lake Superior, who became a business partner and provided great guidance and teaching for shaping boards early on. Making the boards comes down to three basic ingredients: foam, fiberglass and epoxy, as well as long hours of sanding and lots of hard work. In fact, after spending much of his summers working with his team of sweat equity enthusiasts, like his best friend, Eric Oppen, building the boards by hand in his family’s garage, the orders started to pile up, and Alex decided he needed a more economical and faster way to manufacture them to fill the demand.

Given Alex didn’t want to sacrifice quality, he decided to go to the Surf Expo in Orlando for some strategic manufacturer scouting. He went prepared, stating, “I can now stick my thumb in a board and tell you how good it is based on how it flexes and what not.” Using this method he was able to find which boards he liked best. “I found my favorite companies and started asking what factories they used. Most people will never give up that information, but there was one small manufacturer there who I happened to catch during happy hour later in the show, and the guy finally gave me the information on the factory I needed.”

When Alex arrived back home in Medina from the expo, he got on the phone with the bank to get some financing for the surfboards. The day they approved his loan, he booked his trip to China. And with an economics degree, international business certificate and no formal engineering background, Alex headed to meet this elusive, high-quality surfboard manufacturer.

However, Alex had other criteria in mind beyond just price and quality for the manufacturer. You see, back in high school, Alex had developed concerns for child labor laws and although now self-described as a raging Capitalist (a bit tongue-in-cheek), he was able to confirm that this factory had strict standards for labor conditions and safety. “They make about 500 boards a month. Small compared to many factories which may produce 10 times that many and have 25- 45 workers, working 48 hours a week (a normal full-time job in China) with two-weeks holiday for Chinese New Year, one week for Chinese National Day and some other days off.” Alex smiles, “they get more time off than anyone here I know.”

It was in 2013 when he met that manufacturer and sealed the deal. And just in time, too. He was sold out of his paddleboards a mere six weeks after his container arrived later that year.

Minnesota Surf Scene and Beyond 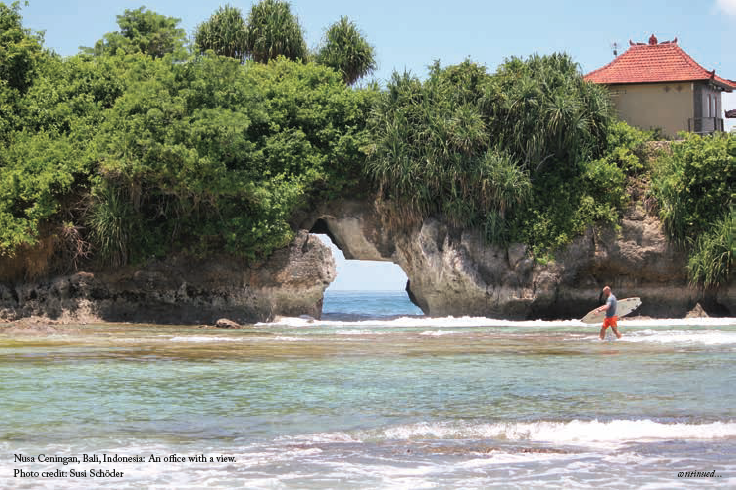 Alex explained that Minnesota is slowly developing a bit of a surf culture on the foundations of stand-up paddle boarding (SUP) and wake surfing. He suspects there are about 12 events in Minnesota per year focused on those two sports.

There are two bigger wake surf events, the Minnesota Wake Surf Championship on Lake Minnetonka, which began in 2014 and the 10,000 Lakes Wake Surf Open held on the Mississippi River for the fifth year this summer – part of the World Series of Wake Surfing circuit. In 2014, Alex qualified for the World Championships at an Arizona event. 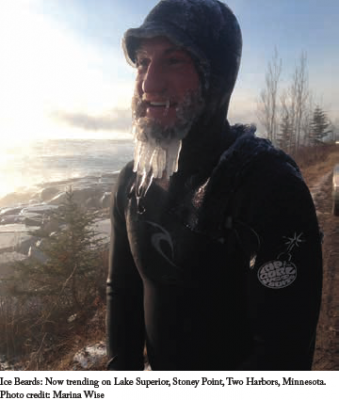 “I tried surfing when I was 12 in San Diego. They say you never forget your first wave, and although I took some lessons, I don’t really remember it. I knew I wanted to surf, but I really didn’t touch a surfboard again until I bought a surfboard in Lima, Peru, in 2008 and surfed up the coast into Ecuador.” When asked if he picked it up right away, he quipped back laughing, “No, I didn’t catch any waves for two weeks.”  Clearly he has come a long way in the past six years.  Although Alex believes he will always call Minnesota home, he currently spends about half of his year abroad, recently traveling to Nicaragua, El Salvador and Indonesia, among other places, this past winter to surf. So, yes, when he is not working, he is traveling to exotic locales looking for the next best break… And, doing real-world product testing for his next board design breakthrough.

One of Alex’s favorite sayings is, “If there is anything worth doing, it is worth doing right.” It seems Alex Brost is living that motto in both his personal and professional life. There are few out there who could be accused of creating their own American dream. However, I find Alex guilty as charged, and the wake he is creating in the process should carry him far in this life.